Lyn Dafis considers an unforeseen benefit of the pandemic

For many, the use of technology that has happened in the church as a result of the pandemic has been difficult. Basically, for being too big a change in too short a time. And the technology with the worst reputation is the online conferencing software Zoom. 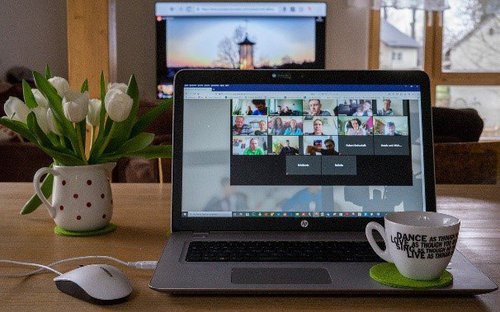 Zoom has been adopted by many churches and organisations as a way of holding services and meetings. These include our diocese and many of our parishes. But the constant comment is "It's not the same as going to a real service." Talk about stating the obvious! The same is also said of other means parishes have adopted to enable collective worship to take place in one form or another.

I'm afraid I don't have much patience with this any more. It's a true statement, worshipping through Zoom is not like worshipping together in church. But who said it was going to be? The big fact that I've discovered is that sometimes it can be better.

I was leading a service on Zoom one Sunday morning in Bro Padarn when I noticed that someone who had joined was using the name of a ward at Bronglais Hospital. That's a strange thing, I thought to myself, until I realised that they were actually joining us from the hospital. One of our parishioners was there and because we used something like Zoom she was able to continue to worship with us even from her hospital bed. It only gradually dawned on me what the significance of this was and tears of joy began to run down my cheeks. Hallelujah!

After further reflection what struck me is the sad fact that we were forced to find this out by the circumstances of the pandemic rather than having done so by thinking creatively of ways to do something similar sooner with technology that already existed. The challenge now is how to continue with such a ministry when things are back to 'normal'. I cannot believe that we might want to forget some of these precious things we have discovered that could be such a huge help to us in our continuing mission to build the Kingdom.