‘Eucharist’ comes from the Greek word for ‘thanksgiving’. At the Eucharist the Church remembers Jesus’ last supper where he gave bread and wine to be his body and blood, a sign of his saving love. See also Holy Communion.

As we begin Year B in the cycle of weekly readings, John Holdsworth, Canon Theologian in the Diocese of Cyprus and The Gulf, takes a fresh look at the Gospel of Mark 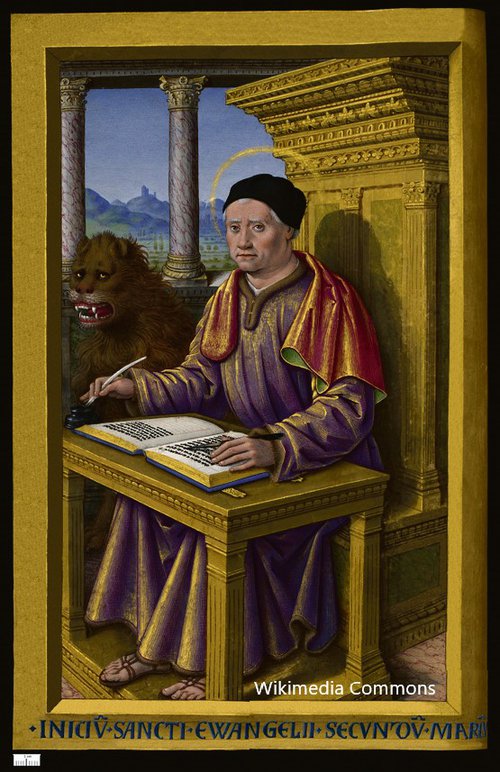 When we had one set of readings for the Eucharist, repeated every year, the Gospel of Mark hardly featured. Now, in the three-year cycle, Mark is read from cover to cover once every three years, which is what we are doing in 2021. That has given us a new opportunity to take Mark seriously.

In the past Mark has been abused by theologians who have used it simply to point out the wonderful creative abilities of Matthew and Luke; and by historians who, seeing it as the first Gospel to be written, have plundered it to try to discover ‘what really happened?’ In fact, Mark does not set out to answer that question but, rather, poses questions like: who was Jesus, why did he come, why did he die, why does it matter; and what does it mean to be his follower?

Modern critics regard Mark as a skilled storyteller. A style once thought to be primitive and ugly is now considered subtle and skillful. From the start, the reader knows something that the characters in the story do not – a style sometimes used by thriller writers today. He invites response from the reader to the parables of Jesus and places us among the crowd who marvel at his authority. He gathers us in to the bunch of hapless disciples who fail to ‘see’ or recognise what the reader already knows about Jesus; that He is both supremely divine and supremely human. Recognising that the term Christos or Messiah carries much baggage and is easily misunderstood, Mark presents Jesus as one who is son of man (that is, in Hebrew idiom, a way of saying that he is representatively human) and Son of Man (which is a way of describing him as God’s announcer of God’s new reign). This reign begins a new age (just as we might describe Queen Elizabeth’s coronation as beginning a new Elizabethan Age).

‘Good News’ was a term already used in conversation for Christians (see for example 1 Thessalonians 2:2, 3:2, among other examples from Paul’s early letters). Mark gives that conversation substance. Jesus is both the announcer of the news and its embodiment. The news is that the Reign of God is inaugurated, involving a new world view and a new existential justice. The Gospel sets out what that will mean and, in an enigmatic ending, suggests that this is a Gospel which is completed in the life of its readers.