Home Pobl Dewi In My View: Church, State and the individual

In My View: Church, State and the individual

John Powell is concerned about the current relationship between Church and State in England and Wales and found Archbishop William Temple’s book, Christianity and Social Order, helpful 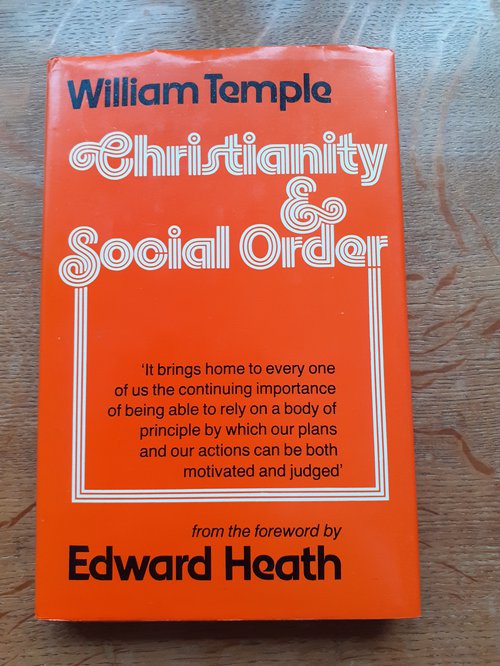 One aspect is the consideration of Natural Law. We are aware of Natural Laws of nature such as soil management and evolution, but are confused regarding Natural Law. Temple seems to rely too much on Roman Catholic moral theology but makes us question the role of Natural Law in today’s society. This pandemic has made us re-examine this in the light of biblical understanding.

One of Temple’s central concerns is the regard for persons outside the social and group context. He writes about this in the context of his belief in original sin. He acknowledges that we are fallen creatures: “In other words, from the beginning, I put myself in God’s place. This is my original sin.” He thinks that education helps, especially if it leads to devotion to truth or to beauty. He then links this to politics. “The political problem is concerned with men as they are, not with men as they ought to be. Part of the task is to so order life as to lead them nearer to what they ought to be, but to assume that they are already there will involve certain failure and disaster.” He goes on to qualify this: “it is fundamental to the Christian position that men should have freedom even though they abuse it.” Temple acknowledges that a final solution can only be found in human response to the redemptive love of God and agrees that no-one, from Plato’s Republic onwards, wants to live in the ideal state envisaged by others.

In the context of this pandemic, I find his chapter on the derivative Christian Social Principle of Freedom, most interesting: “The primary principle of Christian Ethics and Christian Politics must be respect for every person simply as a person. If each man and woman is a child of God, whom God loves and for whom Christ died, then there is in each a worth absolutely independent of all usefulness to society. The person is primary, not the society; the State exists for the citizen, not the citizen for the State; consequently, society must be so arranged as to give every citizen the maximum opportunity for making deliberate choices. Freedom is the goal of politics.”

These words moved me greatly and made me look closely at the way governments have acted in the last two years. I invite you to do the same.