Liturgy is a set form of words and action used for worship. In the Church in Wales (and many other churches) these forms follow the same pattern from one congregation to another. Most Anglican liturgies look back in some way to the Book of Common Prayer. 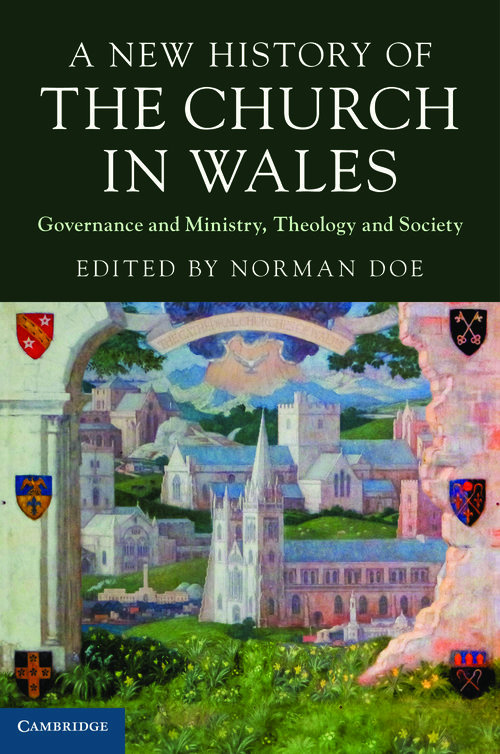 A New History of the Church in Wales

Most of our 2020 centenary events were cancelled because of Covid-19. We are fortunate that the publication of this fascinating and interesting book marking the milestone wasn’t one of them. It is well worth a read!

After the Introduction by the editor, Professor Norman Doe, the book continues with five parts: Historical Antecedents and Overview of the Century; Governance and Ministry; Doctrine, Liturgy, Rites and Other Faith Communities; Church and Society and, finally, Conclusions.

Part One is rich in detail and charts a clear course: chapter one gallops from the Age of the Saints to the Victorian period, chapter two takes up the story of the disestablishment of the four Welsh dioceses from the Church of England and the founding of the Church in Wales. Chapter three gives an overview of Christianity in Wales in the twentieth century which serves as the context for the next chapter, surveying the Church in Wales’ first hundred years. A chapter discussing the Constitution of the Church in Wales, which, since 1920, has been the framework for our common life, opens Part Two, while the three succeeding chapters consider the people who made up the Church in Wales over its first century: The Bishops and Archbishops; The Clergy: Priests and Deacons; and, finally, The Laity and Patterns of Ministry.

With a chapter on doctrine, two on developments in liturgy and a final chapter on relationships, both with other Christian denominations and other faith communities, the chapters of Part Three fill out the picture, already drawn, of the Church in Wales as an institution.

In Part Four, the narrative moves on to discuss how this new institution related to the country in which it was set. Chapters Thirteen and Fifteen outline the Church in Wales’ troubled relationship to Welsh culture and language, while a more positive story is told in Chapters Fourteen and Sixteen about the Church’s role in education and wider society.

Part Five begins by asking how the Church in Wales has been seen over this last century and in what ways it has now begun, self-consciously, to shape its image. The book ends with Archbishop John encouraging us to be like the scribe Jesus talks about, who brings out of his store treasures both old and new as we share the Gospel with Wales today.