Climbing out of depression

Lack of understanding contributes to debilitating bouts of depression, writes Dafydd Jones, who finds uplifting moments in the cycle of the natural world

Suffering depression leaves us feeling we are paralysed. In my case, nobody could hear my cry for help. Nobody wanted to hear a cry for help. It was pointless trying to do any practical thing to help coping with it. I spent a lot of time in bed, weeping endlessly, hiding beneath the bedclothes, hiding from the cruel world outside. Seeing someone who has broken a leg tells the world that there is a problem and they accept sympathy. But, there was no sympathy for someone like me.

I remember my third bout of depression. As before, the body felt heavy and in great pain, and as well as the fear in my stomach, life again became unbearable. As before, I had to present a brave face to other people as I knew that there would be no sympathy but only mental abuse and dreadful bullying. Some people’s reaction was nasty and cruel. “You don’t look ill”, or “get a grip” was the norm – not an ounce of sympathy. I shook with fear, feeling guilty for my illness. One person said I had found a good excuse to have six months off work. 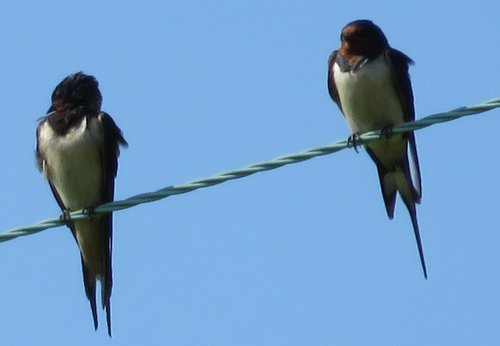 The one thing that comforted me, and still does, was the world of nature. Hearing the birdsong in the morning gave me hope. Seeing the swallow arriving in spring lifted my spirits at once. But it was very difficult seeing the leaves fall in autumn. The natural world does not judge, answer back, bully, and there is no hatred in it.

Climbing out of depression appears almost impossible because we still slide down the steep rock. Depression, anxiety, are not things we can play around with and cure in a week. It is dangerous, cruel and controls a person’s life, and in some cases can end a life. But it can be conquered through hard work, and through strong determination we shall once again climb the slippery rock, reach the summit, and shout with joy, ‘ I have conquered depression’.