2022 marks the bicentenary of the University of Wales Trinity St David. 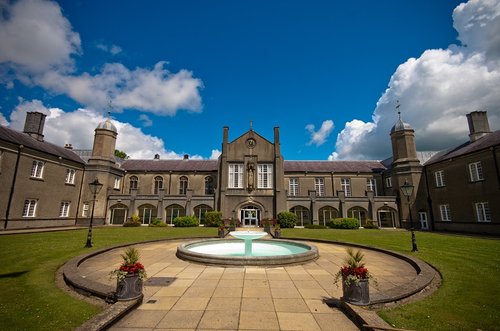 The date of the Lampeter celebration, 12th August, commemorates the laying of the foundation stone of St David’s College Lampeter, the senior campus of the University of Wales Trinity St David and the first higher education institution in England and Wales after Oxford and Cambridge.

There is also a service of celebration at St Davids Cathedral on Saturday 14th May. This is apt, since the first Principal of St David’s College Lampeter, Llewelyn Lewellin, was also, and concurrently, the first Dean of St Davids: 1827-1878 in the former and 1840-1878 in the latter post. He was also Vicar of Lampeter (1833-1878).

Monday, 12th August 1822 was, thus, a day to remember. There may not have been dancing in the streets of Lampeter, but there was certainly music and merriment. After a sermon on Malachi 2:7, The priest’s lips should keep knowledge, preached in the parish church by the vicar, John Williams, Headmaster of Lampeter Grammar School, the procession, headed by the Royal Cardigan Military Band, the pupils of the Grammar School, the Rural Deans, Diocesan Clergy, Magistrates and gentry followed by the Bishop and his Chaplain, arrived at the site of the new College and, following the handing over of the conveyance of the site to the Bishop by the lords of the manor, JS Harford and his brother, Bishop Burgess, visibly moved, laid the foundation stone.

Burgess’ emotion is understandable. The laying of the foundation stone was a tangible expression of an almost twenty year campaign on his part. Since his arrival in the diocese in 1803, he had been concerned with the standards of education and the training of ordinands of his vast diocese. 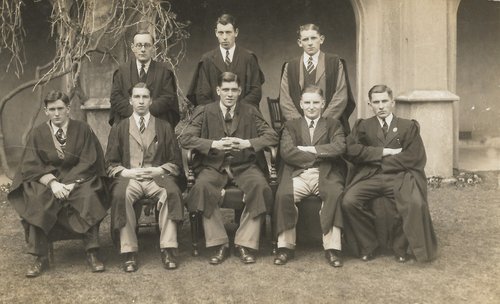 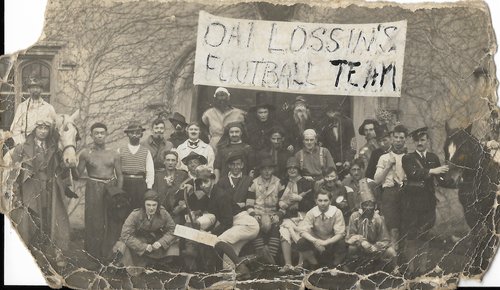 In 1804, in his first Visitation Charge to the clergy of the Diocese, he set out his intentions: the provision of religious literature; bibles and pamphlets in Welsh and English; the provision of libraries for the clergy; the setting up of Sunday and day schools for the poor, the latter to be conducted in English - Burgess had not yet realised the absolute need of Welsh medium education in his diocese; and ensuring and facilitating educational opportunities within the Diocese for young men (this is 1804, remember) seeking ordination to the Ministry of the Church of England (this is before 1920) in the Diocese of St Davids.

Burgess called his Rural Deans together. A Society for the Promotion of Christian Knowledge and Church Unity in the diocese was set up under the presidency of the Bishop who, in a letter to his clergy, set out his vision for an institution which would provide adequate education and training for ministry. His first idea was for a hostel for ordinands alongside the existing and renowned Grammar School at Ystrad Meurig, When that idea fell through, he intended the location to be Llanddewi Brefi, where he was the Lord of the Manor. Subscriptions were collected, and a demanding syllabus drawn up. Providence then intervened: JS Harford and his brother offered the Castle Field in Lampeter as a site for the college.

In 1826, a twenty eight year Oxford Classics Graduate, Llywelyn Lewellin was head-hunted as the first Principal. In 1827, St David’s College opened its doors. In 1828 its Royal Charter was granted; degree awarding powers followed in 1852 (BD) and 1865 (BA). It became part of the University of Wales in 1971. In 2010 a merger with Trinity College Carmarthen and in 2013 with Swansea Metropolitan University created the University of Wales Trinity St David, whose bicentenary we celebrate.